I’ll make a confession. Most days I feel the urge to photograph, its just
something inside that tells me “go out there, just go” and time permitting, I often do as that voice tells me(figuratively speaking). I could be having a not so good day but photographing the faces, the drama, and the scenes that unfold on the streets makes me feel incredibly sedated and instantly better.

Today, was one of those days. The weather in Miami is incredibly unpredictable. One moment it will be the “Sunshine State” and just out of no where, the skies will turn black and torrential rain will pour for hours. 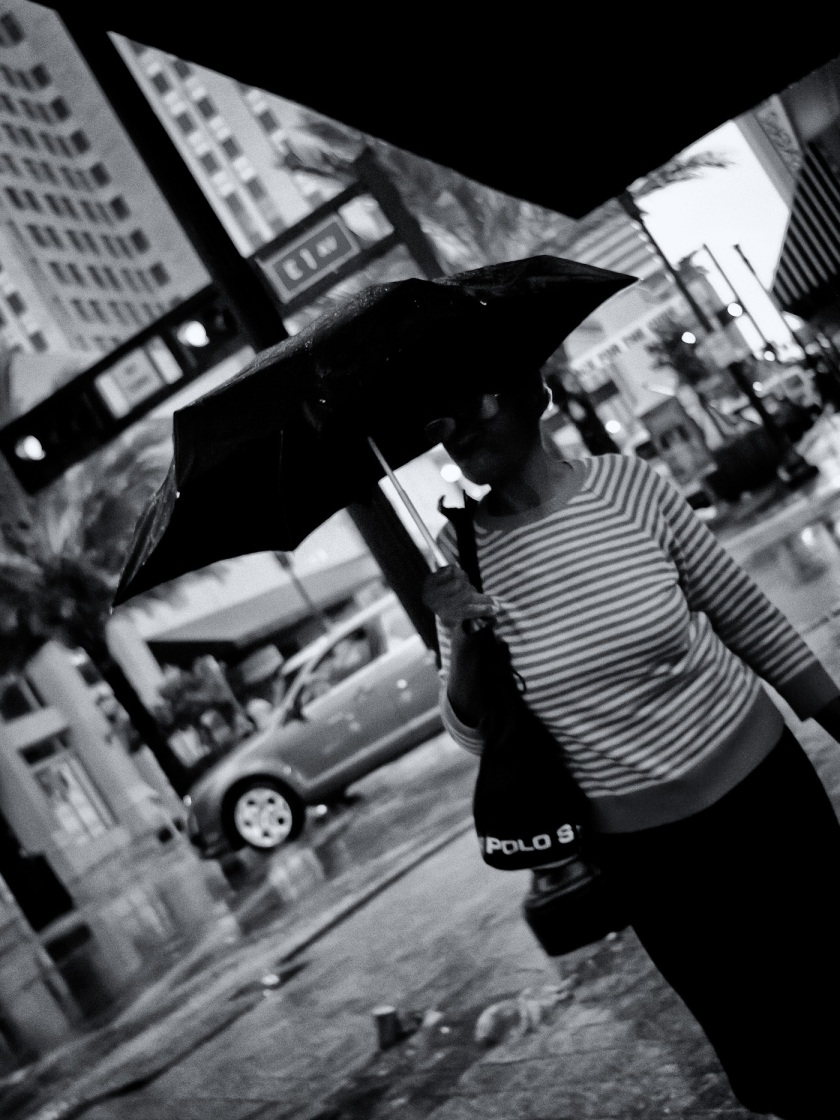 The wind gust were about 35-45 miles an hour and the streets were almost empty, it literally felt that that downtown was being evacuated and the “zombies” were almost here. This whole scene was unsually ironic because as folks ran for cover from the rain, I embraced it, and kept shooting. 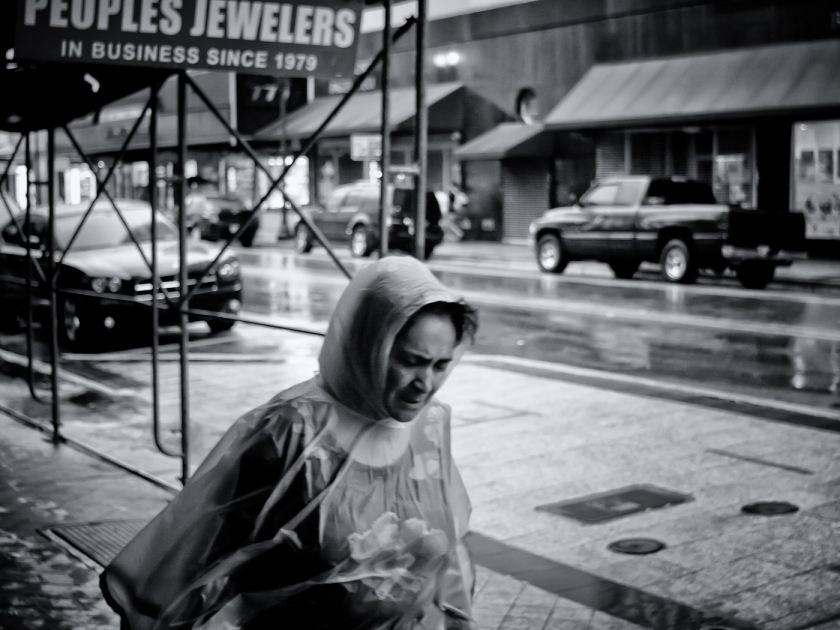 As I photographed I tweeted that I was feeling a certain “rush” during my outing. It was something I had never really felt before and it just hit me all of a sudden, and I was literally adrenalized and it felt so so good.

And as I kept focusing, refocusing, and pressing that shutter, the excitement was mounting more and more. When it was all done, I literally felt like I had done an unusually long walk, mind you, all this took about an hour or so but the horrid weather conditions just made it seem like the the whole event was longer.

So food for thought #togs when you go shooting do you feel that heat, that rush, that insatiable feeling that needs to be quenched at all cost by clicking that frame?