These are the words of Jeff Ascough responding to some queries on the obsession with sharpness and if images are good or not, and the how and why which are relevant to today’s discussion. And for me, that’s why the moment always wins.

Maybe if people got out from behind their keyboards, and took pictures instead of whining about them, they would understand that sharpness is not just about a lens. Admittedly, the current crop of sensors have immense resolving power, which will show up flaws in lens design especially at wide apertures. However, in the real world of prints and correct viewing distances, I doubt if anyone would argue that today’s cameras and lenses are just incredible tools, capable of producing amazing results. Compare what we use now to what Cartier-Bresson had throughout his career. Or Capa, Winogrand, Brassai, Eve Arnold etc. We have never had it so good, and yet all we seem to do is moan about sharpness. Why? I was at a Don McCullin exhibition yesterday with my good friend George Weir. A lot of DM’s images were ‘soft’ compared to what we try and strive for now.

Did this softness make any difference to the power of the image? Not at all. Look at Capa’s work; camera shake, out of focus images etc. and yet he is one if the most important war photographers of the 20th century. A lot of Cartier-Bresson’s work is ‘soft’ but again who cares?? I don’t. It’s irrelevent unless you are simply looking at sharpness as a way of adding perceived visual value to your images. If as a wedding photographer you must have critical sharpness, and critical exposure, and critical flash exposure, etc then maybe you are missing the point of photography? Maybe you are missing the whole concept of what makes a picture? In my mind all that stuff simply distracts from finding images. In the real world of prints, an image that looked soft on a screen at 100% will look beautifully crisp and sharp at 10×7, so what is the issue? 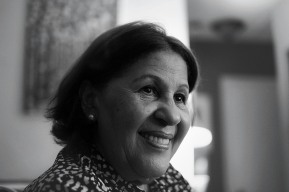 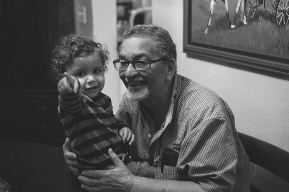