The highly regarded Lumix LX3 is a true photographic gem, with its svelte lines, its fast Leica Summicron DC lens, and its perfect size, it’s an artistic festival waiting happen at the click of the shutter. 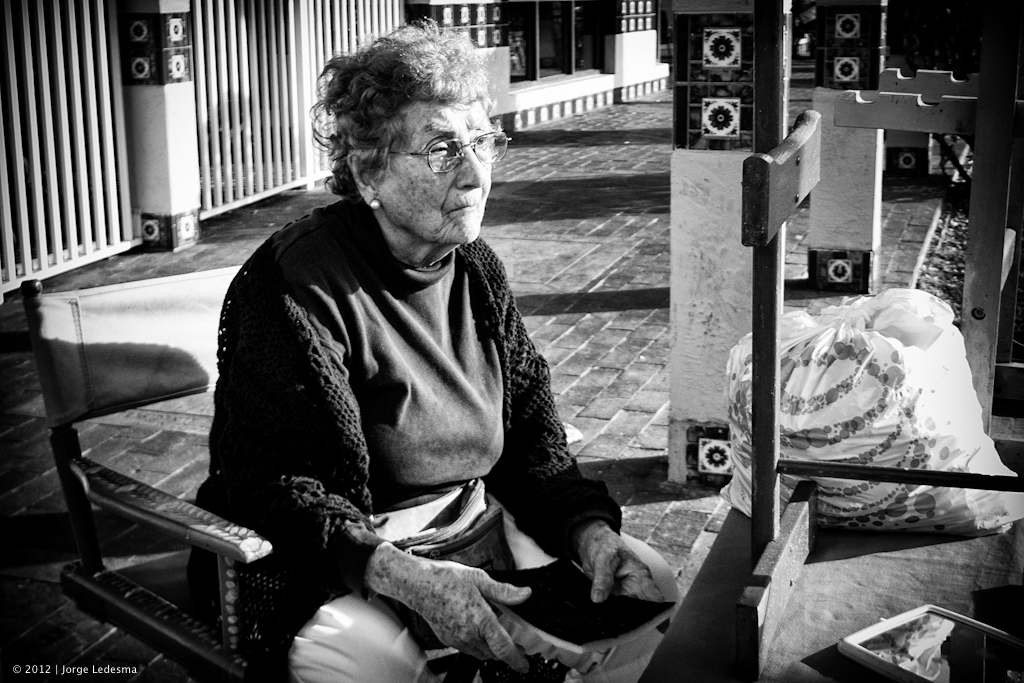 So why talk about a camera that was released circa July 2008, today in Feb. 2012. Well, because despite more modern choices I believe Panasonic got the LX3 right. This camera came during a time that other small compacts were beginning to be geared toward the “enthusiast photographer” market and they debut with both fist up and ready to battle.

I won’t dive into all the options this little gem has, for that, you’re welcomed to shoot over to DP Review and read their quite extensive full-blown review and others around the web. This review will be based on my own personal experiences in everyday photographic situations and sharing some of my best practices as well keeping in mind the nature of this journal — a quotidian photojournal. Hence, you’ll see some street photography, some abstract photography, portraits, macros, landscapes(yes, even some flowers), architecture, and whatever else crosses the eye of this humble servant all in the full spectrum of color or lack thereof with the end goal of sharing some of the photographic capabilities of the camera that replaced my beloved Ricoh GRD 3.

Formalities aside, a note on the images

Images are processed in its RAW format with Lightroom 3 and some of Nik Software’s great plugins like Silver Efex Pro 2, Color Efex, and Viveza 2. To view larger images simply click on the image and then press back in your browser. WordPress.com currently does not support a lightbox view of regular images. Images displayed as thumbnails belong to a gallery and to view those larger, simply click on them a lightbox view will emerge. Pressing the ESC key or clicking outside of the image will bring you back to the regular page. This review style was inspired in part to Jim Radcliffe’s wonderful Boxed Light photography site.

First Impressions are worth a thousand words.

When you greet the LX3 for the first time its hard not to notice its robust fuselage and amazing workmanship to details. Folks, there are no perfect cameras just imperfect light boxes which must be taken for what they’re worth and worked within their limitations while exploiting to the max their attributes. What are some of the LX3’s attributes.

Well, these are just a few on a long list of features. I wanted to mention early on this review that the ease of handling the LX3 is also something worth paying attention too.

I’ll put this thought forward by saying it’s no Ricoh GRD3 in terms of handling but let me its no slouch either and considerably better than most high-end compacts out there still to this day. Its joystick is quite handy and once you get the hang of it, it will truly make your photographic experience with the LX3 on another level.

This beginning images were taken on a short photowalk in Little Havana, a small section of Miami, whose quite picturesque and full of old city feel. To give you some best practices early on, these types of images can be achieved by setting your LX3 to zone focus.

How to setup Zone Focus on the LX3

Without getting all nerdy and techie on you, having this setup is quite easy even if you don’t quite understand a few basic definitions like depth of field, fast apertures, etc. Let’s do a step by step for clarity sake.

What this all means, again without getting all nerdy on you, is that due to this compact have a decent size sensor(1/1.63-inch CCD) and relatively fast lens(f/2.0) you’re DOF, the things that are in focus in front of the object and behind the object are extremely forgiving, much to our advantage. Click on any one of these beginning images of street photography and view them large. Notice how things are relatively in focus in the foreground of the frame as well the background. This is exactly what I’m talking and can be achieved with this relatively simple setup.

What I have to study further is, if this setup at this focal length can be stored in one of the custom settings C1-C2 or any of its sibling. So, I’ll report back with any worthy findings. In the mean time, I’ll be acquiring the wonderful book by Alex White titled — Photographer’s Guide to the Panasonic Lumix LX3 which has a chock full of information and surely beats reading the manual.

So I was feeling a bit creative during the evening hours and this is the result. I must say the LX3 really came through when the shot got tough∗

In evaluating cameras and in my case, a small compacts, an important feature I always look for is their ability or perhaps better said how apt are they for portrait photography. Have you asked yourselves that question? Maybe you have or maybe haven’t but I think its an important characteristics to have.

The LX3 and again I’ll be comparing it to the Ricoh GRD3 as its replacing it, is extremely capable and up to this task. Let me tell you why.

The LX3 has a lens which happens to be a Leica Summicron DC Lens with a range from 24mm at f/2.0 and extending on the long end with 60mm at f/2.8. Yes, that’s right f/2.8. What this means is that it keeps a relatively fast aperture at this focal length and it lends itself quite well for Portrait photography. In my case, Street Portraits and yet again the LX3 steps up to the occasion and passes with high marks.

Let me make a quick tangential statement because I know it comes up. Jorge, its 2012, why didn’t you get the LX5, after all its newer and suppose to improved? Well, the 60mm f/2.8 is the reason, the LX5 zooms up to 90mm but it does not keep the fast aperture of 2.8, it actually goes slower. Another aspect for street portraiture is that 60mm at close distances works quite well and 90mm is simply too much. Yes, you can zoom out but I didn’t want to do this, its a lot easier to extend all the way out and still keep the fast aperture. So, food for thought. 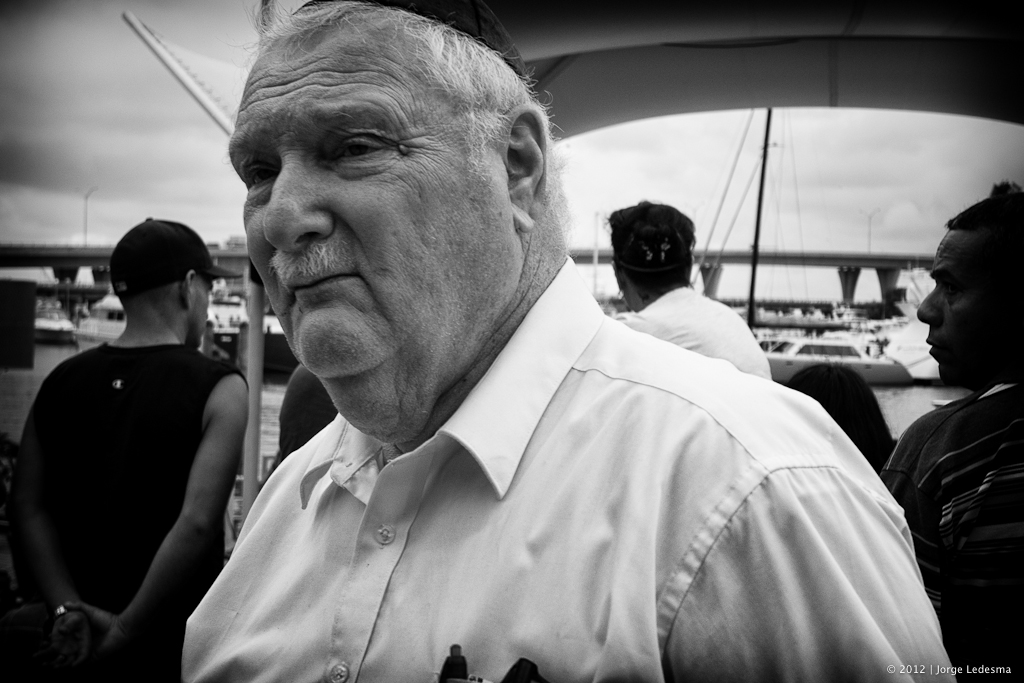 Fast forward to the statement of the LX3 passing high marks. In comes from another feature I quite like which in my humble opinion works better in the LX3 when compared to the GRD3 — face recognition.

Face recognition works surprisingly fast on this small and robust compact. It just works and to my surprise it even catches seagulls dead on the center. What an added bonus right. Noticed how the other candids so far are sharp(zone focused) but these in this section are considerably sharper.

The Magic of Picture Making

Those who know me online know that I’m an Apple fan and I truly believe like Johnny Ive’s says about Apple products that “they’re truly magical.” Well, also happen to think in a similar fashion about the LX3, it is truly magical indeed.

In this case, the f/2.0 24mm FOV is simply marvelous and joy to use in everyday practice. But with that said, I by no means not appreciate having a 60mm FOV at f/2.8. After all, its one of the reason I chose the LX3 over the LX5 as my serious compact replacement over the Ricoh GRD3. 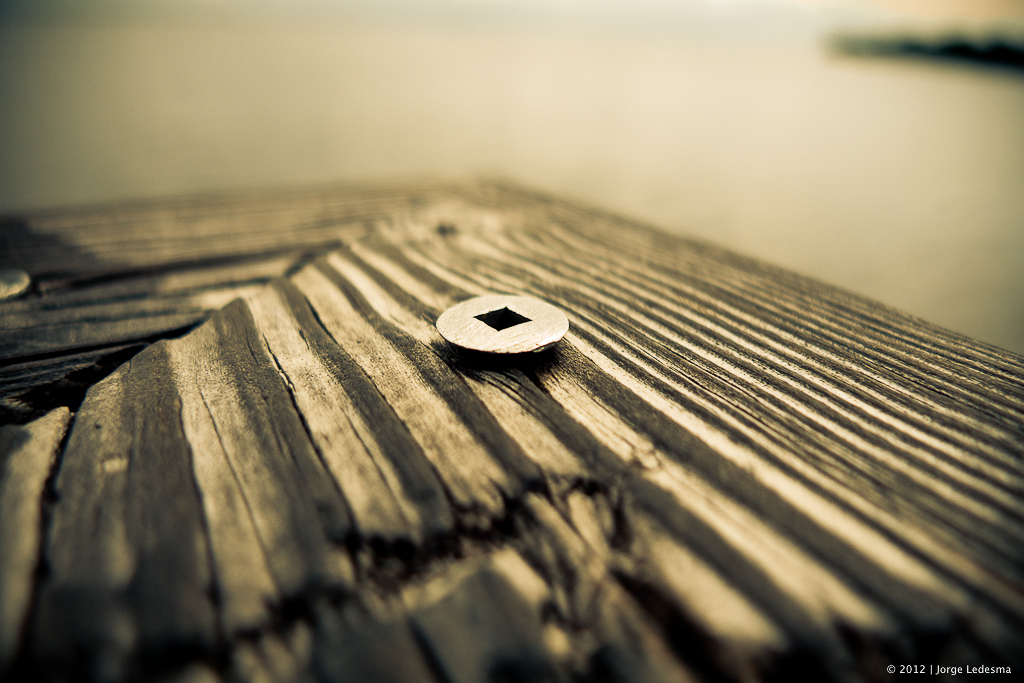 The moral of this entry is purely inspirational. A few days ago I wrote my 5th entry of my Weekly Project and its titled “Striking Inspiration” again on that week all shots were made by the LX3.

Simple, unassuming, discrete, and quite powerful. When I hold the LX3, I just feel like making pictures and my creativity just naturally flows. I don’t have to think about it too much because I know that for the images I want to create the LX3 will be there ready and up to the task when she’s called upon. 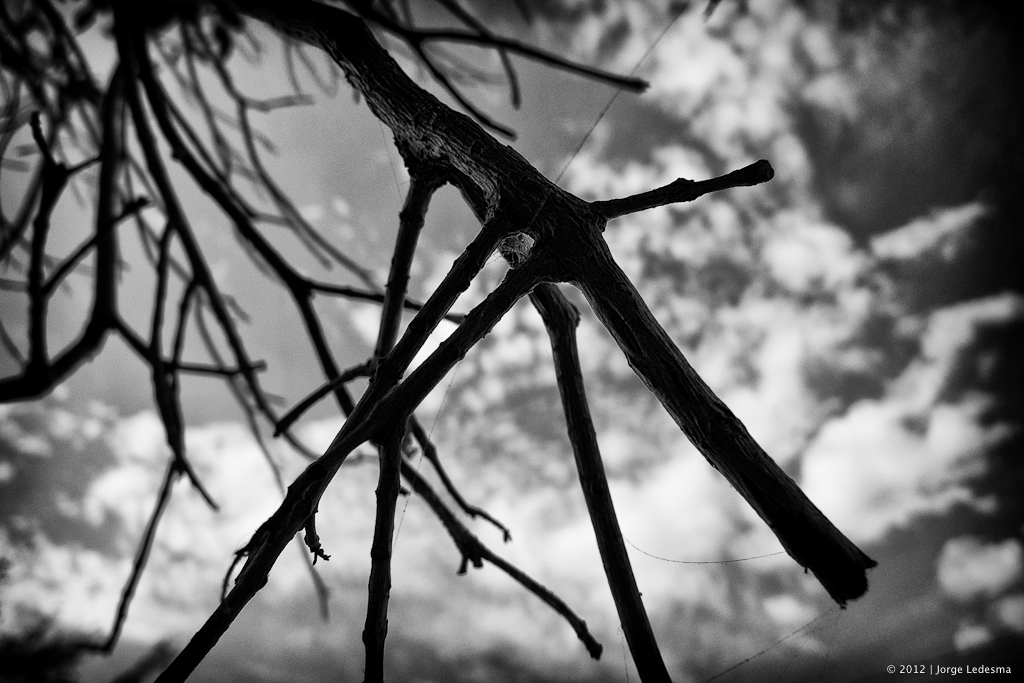 Yes, its a she and her name is “Ella” but I’ll explain that name later. Cheers.

This is an ongoing user based review which will be updated frequently so tuned for future installments.