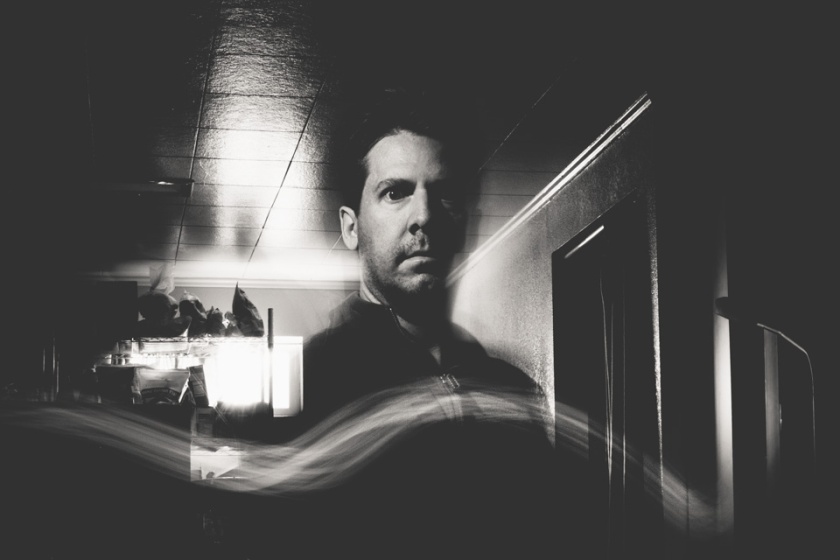 Who are you and what?s your profession?

I’m Brian Kraft and I’m a professional photographer and family man, living in Denver, Colorado. I’m completely self-taught and just fell in love with photography several years ago. I shoot a variety of stuff– basically anything anyone wants to pay me to shoot and I’m very happy to do so. Plus some personal stuff, as time allows. A decent amount of my personal work is of my family life. That may sound boring, but I try to keep it creative, all the while. I look forward to a time when my now-two-year-old daughter isn’t bum-rushing my camera, even before I’ve taken a photo because she “wants to see!” It’s times like that when there’s never enough of a minimum focusing distance on your camera.

I really enjoy variety in my professional photography, but it’s wedding photography that really drives me. I never imagined I’d ever want to shoot a wedding, let alone become absolutely obsessed with it. Most times when someone asks me what I do and I start to tell them about my wedding photography, they often seem surprised that I’m so passionate about weddings. It seems like there’s a lot of people who think wedding photography is the cheesy stuff of yesteryear and is only there to help pay the bills; while the “true” artistic work is pursued. In reality, weddings are an opportunity for such creativity. I hate repeating myself (aside from the requisite family formals, which I also enjoy), so each wedding is a chance to do new things, see a little differently, push yourself, and present each wedding for the unique event, with unique people, that it is.

I have three main setups. For weddings that require 2 cameras, I carry two Canon 5D Mark III cameras on a Black Rapid Double-R Strap. I’m a huge fan of primes and I love the Canon 35L 1.4, which has an almost permanent residence on one of the cameras. I have the Canon 135L 2.0 on the other camera. i also love it and it’s there 95% of the time, unless I can’t get far back enough or I need just a touch more light then it’s the Sigma 85 1.4. If I had to choose one lens and only one lens, it’s the 35mm because it’s such a versatile focal length. Plenty of people think it’s not appropriate for portraits. I say, “hog wash!” Portraits, documenting human interaction, landscapes (with or without people)– it can do it all. Which is why I love my next piece of gear with a passion…

The Fuji X100/X100S– which have the fixed 35mm equivalent. I currently own the X100S and used to own the X100. The X100S is fantastic, but I pretty much hate the jpegs it produces, simply due to the extremely excessive noise reduction that Fuji is applying in-camera. The X100, on the other hand, produced amazing jpegs. I used to shoot 100% jpegs with the X100– like on this trip to Hawaii. Now I have to shoot RAW all the time. Not a big deal for me, but I wonder how many people (and I’ve heard a lot) have to say “Fuji, please let us turn OFF noise reduction with a Firmware update,” before they actually do it. I think they care too much about producing clean files at high ISOs, but please let the photographers make those decisions. Plastic skin looks way worse than a little (beautiful) noise.

Sorry to digress . . . Regardless, I just love the X100/X100S because it’s such an amazing photo-making tool in such a small, quiet, and gorgeous package. It makes it a no-brainer for the grab-and-go camera for personal photos. Heck, I’ve even used it and nothing else for a wedding and it pretty much gets the job done…and well! A little more improvement in the AF department (it’s close!) and I’d be thrilled to ditch my big DSLR for pro work. It’s an amazing feeling to carry nothing but this little camera, while producing images that are pretty much on par.

And my last piece of gear is my camera on my Galaxy S3 phone. I don’t find it to be anything amazing, but it’s always with me, and I use it in a pinch when I’ve forced myself to not bring the X100S with me– because if I’m carrying an actual camera, I can’t not get overly-absorbed in photographing everything. The thing that I’m loving most about having my phone though is that I can use my WiFi SD card in my Fuji or Canon and transfer a shot or two to my phone, process it in-phone, then get it up to the interwebs at any point in time.

People constantly ask me if I use VSCO for editing and I don’t; although, a couple weeks ago, they did release VSCO Cam for Android and I jumped on that and I’ve been loving it for editing either phone photos or Fuji files I’m transferring to my phone. And just two days ago, I made myself even happier by installing the Photo Mate R2 app on my phone, so now I can actually edit RAW files and with local adjustments. More on all that when we talk about software.

I’ve also got some lighting equipment– a couple flashes (main one is Canon 580 EX II), a couple Alien Bees 800 strobes, off-brand triggers/receivers. I have a portrait studio, where I use that stuff with some umbrellas, a beauty dish, etc. Sometimes I’ll bring them on-location with my Vagabond II. For weddings, nowadays, I really prefer the simplicity of a single on-camera flash, which I generally bounce for a standard look or use directly when dragging the shutter during “partytime.”

What hardware do you use?

The main thing I use for photography work is a PC I built. It’s moderately powerful– enough to get the job done pretty efficiently. The most significant component of this latest build was the SSD I put in as the main working drive. It’s a night and day difference compared to a spinning hard drive and just makes the whole system fly along way faster. I have numerous internal and external hardrives to handle and backup everything on.

For a monitor, I use a 22″ Dell 2209WA. I’ll probably be shunned from the entire photography community, but I’ve never properly calibrated it with any kind of hardware device. But honestly, I did make some basic adjustments to it, made some sample prints that compared quite nicely to what I was seeing, and I’ve been happy (as have my clients) ever since.

A few weeks ago, I started using a Wacom Intuos5 Tablet. It’s pretty cool. I’m still getting used to it. In some ways it makes life easier and has sped somethings up for me, but in other ways I’m not faster with it yet. But it’s getting better and better. I do feel less pain in some parts of my hand and arm, so that’s great.

What software do you use?

For 99.9% of my photography, I’m using Lightroom 5. I love it. I rarely need Photoshop, but here and there I’ll need to bring something into it, so I’m running CS4 for that. Mainly Lightroom though. And again, people ask me about my processing all the time and often think I’m using VSCO presets, but I’m just manually editing everything on my own. As starting points, I mainly use two presets I created (one for color and one for black and white) and then tweak from there.

People often ask me how I get my look, but honestly I’m not even sure, because my color preset evolves every few months (because I’m never fully happy with it– although pretty happy with the latest iteration) and I can’t even remember the various things I did along the way over the years. It’s like cooking soup for years– you throw things in here and there and by the time it’s on the table and people ask you what’s in it, you’re not really sure anymore. I do know that one ingredient is a raised black point in the Tone Curve. It’s really funny how some people love that look and some people hate it.

And I mean, they hate it so much that they say a lot of bad things at you about it. I think the main thing is for the older folks who grew up with film–they assume I’m going for a film-look– when in actuality, while I’m inspired by the spirit of it, I honestly have not paid enough attention to film to even know what that look really is. I actually think film can probably look like a whole lot of things. I just go for something that feels right to me and it’s not my attempt at “film.”

Another aspect of my editing, which is probably often over looked (which is my goal), is I pay a lot of attention to local adjustments. A scene rarely presents itself perfectly to me– despite trying to work the light and composition as best I can. So, I work on trying to draw the viewer’s eye (or heart) a certain way, as well as not be distracted by the un-important. It’s hopefully not a conscious thing–if it is, perhaps I missed the mark–but through a combination of the right placement of color shifts, exposure adjustments, clarity adjustments, spot removals, etc–all on the local level–I try to evoke a little something extra. It’s always subtle, but I think very important.

The other softwares I mentioned earlier are VSCO Cam and Phone Mate R2– both for my phone. VSCO Cam is really great for throwing on some presets– some of which are pretty great– but in addition, there’s a ton of global adjustments you can make. And I’ve barely had a chance to use it yet, but Phone Mate R2 is like a phone/tablet version of Lightroom, sort of. It’s super powerful and in fact in some ways has even more options than Lightroom does. And what’s great as well, is you can work on local adjustments with it. It’s just for fun for me, but a RAW editor right on your phone! I look forward to figuring it out some more.

What would be your dream rig?

Really, my dream rig would be a slightly improved version of the Fuji X100S. Sure, I may want the flexibility of some interchangeable lenses from time to time, but my dream rig is simple and light– and that’s what the X100S provides, along with my favorite 35mm view. What would really make it the dream rig though would be if it had the AF of my Canon 5D Mark III (which is amazing) and a few other improvements (some of which are actually attainable through a firmware update), like–

“Photography is a means of recording forever the things one sees for a moment.” -Aaron Sussman